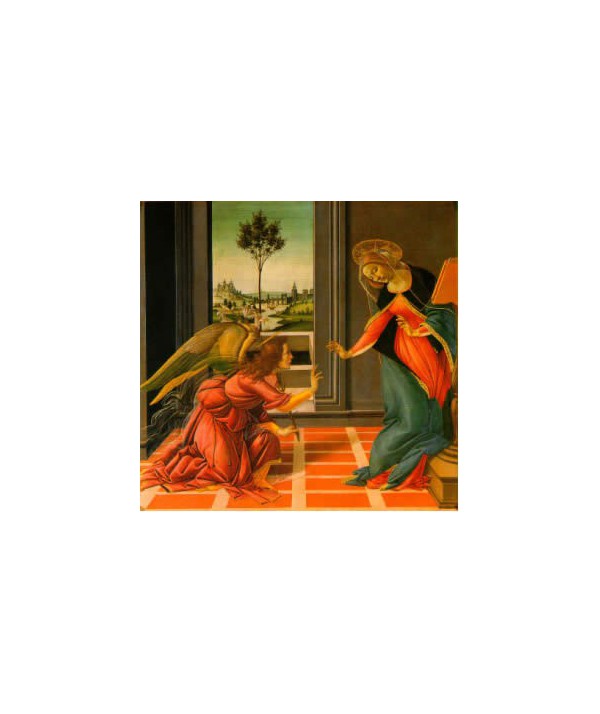 Below are links to various 2003 sermons of Father Joseph Pfeiffer (Now His Excellency Bishop Pfeiffer) By clicking on a link the audio file will download onto your device.

Season of Advent - - as described in The New Marian Missal

The liturgcal texts used during the four weeks of the season of Advent remind the faithful of the "absence of Christ."
The Collects of Adevent do not end with, "through our Lord Jesus Christ." as during the rest of the year. In a spirit
penance and prayer we await the Mediator, the God-Man preparing for His coming in the flesh, and also for His second
coming as our Judge. The Masses for Advent strike a note of preparation and repentance mingled with moy and hope;
hence, although the penitential purple is worn and the Gloria is omitted, the joyous Alleluia is retained. The readings from
the Old Testament contained in the Introit, Gradual, Offertory and Communion of these Masses, taken mostly from the Prophecies
of Isaias and from the Psalms, give eloquent expression to the longing of all nations for a Redeemer. We are impressed by
repeated adn urgent appeal to the Messias: "Come, delay no longer." The Lessons from St. Paul urge s to dispose ourselves fittingly
for His coming. The Sobpels describe the terrors of the Last Judgment, the second coming and tell of the preaching of St. John
the Baptist "to prepare the way of the Lord"

In Advent, the Greek Church celebrates particulary the ancestors of Our Lord--all the Patriarchs and Prophets of
the Old testament, but especially Abraham, Isaac, and Jacob. The Latin Church also mentions them often in this period. In
the Breviary, many tests are taken from Isaias (Introit of the second Sunday, Communion of the third Sunday).

The idea of Advent is "Prepare you for the coming of Christ." Therefore the very appeals of the Patriarchs and
Prophets are put in our mouths in Advent. Prepare for the coming of christ the Redeemer, who comes to prepare us
for His second coming as Judge.

When the oracles of the Prophets were fulfilled and the Jews awaited the Messias, John the Baptist left the desert
and came to the vicinity of the Jordan, bringing a baptism of penance to prepare souls for the coming of Christ. The world
took him to be the Messias, but he replied with the words of Isais: "I am the voice of one crying in the wilderness:
prepare ye the way of the Lord."

During Advent we make straight for Christ the way to our souls--and behold, our Lord will come at Christmas!!