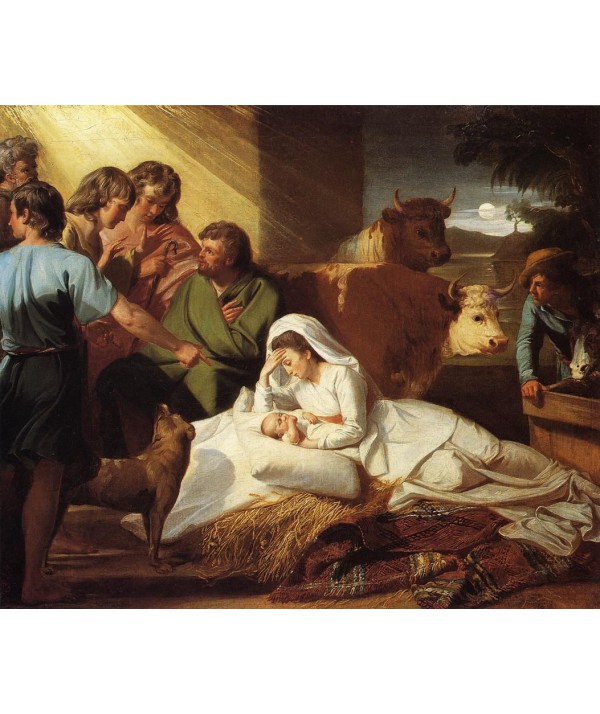 Below are links to various 2004 sermons of Father Joseph Pfeiffer (Now His Excellency Bishop Pfeiffer)
By clicking on a link the audio file will download onto your device.

Season of Christmastide - as described in The New Marian Missal

During the season of Advent we longed for the coming of Christ. In Christmastide we experience the joy of His coming
into the world. The Church is full of the mystery of the Incarnation of Christ. Jesus as God, begotten of the substance
of the Father before all the ages and born of the substance of His Mother in the world, is given to us. "And His Name
shall be called the Angel of Great Counsel."

By the union of our souls with Jesus born to human life, we are born to the divine life. "As many as received Him
to them He gave power to become Sons of God." (St. John)

In the birth of Jesus we learn to know God as His Father: "My Father has entrusted everything into My hands; none
knows the Son truly except the Father, and none knows the Father truly except the Son, and those to whom it is the Son's
good pleasure to reveal Him." (St. Matthew)

During Christmastide, the liturgy shows us the Messias as the Son of God, clothed with humanity, glorified by the
humble, surprised shepherd and adored by the Magi from the East. Let us fall down before the Child and bless God,
for the birth of Jesus is the beginning of our Redemption through grace to the supernatural life

Christmas is the only day of the year which keeps the old custom of celebrating its feast at midnight. It was at this
hour that Mary in her spotless virginity gave to the world its Savior. In the midst of darkness, the Light was born.
Therefore the Church celebrates Christmas on December 25, the time of the year when the days begin to lengthen.
The custom of having three Masses originated in Jerusalem. A Mass was said in Bethlehem at a very early hour in the morning. Later
a second Mass was celebrated in the Church of the Resurrection in Jerusalem. About midday a third Mass was celebrated.
Each of the three Masses has its identifying characteristic. The Midnight Mass celebrates particularly the birth of Jesus,
the Mass at dawn commemorates the adoration of the shepherds,the daytime Mass celebrates the eternal generation of
the Word and the dignity of the Son of God.

Whereas Advent is the season of "absence of Jesus," Christmastide is a season of great joy in our possession of the Savior.
Eight days after Christmas the Church celebrates the Circumcision of Jesus. On January 6, she commemorates the
adoration of Jesus by the Magi (Epiphany), with which Octave the Christmastide closes.

Season After Epiphany - as described in The New Marian Missal

(from January 14 to Septuagesima Sunday)

This period, which begins the day after the Octave of Epiphany, is an extension of Christmastide. Jesus asserts His
Divinity--not by the appearance of angels or the Star of the Magi, ut speaking Himself as God. He subjects our hearts
to His teachings, explaining His Divine doctrine with parables and manifesting the truth of His words and works by
many miracles.

At the time of our Lord, Palestine contained four provinces: Peraea, Judea, Samaria, and Galilee. It was in the
province of Galilee that the miracles and preaching of Jesus took place.

At Cana, He changed the water ino wine--his first miracle--at the request of His mother. At Nazareth, He preached his
doctrine--and "all wondered at these things that proceeded from the mouth of God," says the Communion of the fourth,
fifth, and sixth Sundays after Epiphany with te words of Luke. In Galilee, a word of our Lord cleansed the leper.
From the shore of the Lake of Gennesaret, He miraculously stilled the storm. All these miracles He performed to show His
Apostles that He was God.

The Christmas cycle has a fixed character, and the Feasts of the Nativity and Epiphany fall always on December 25
AND January 6.